When the Hummingbirds Migrate?

This is the main factor which affects the hummingbird migration. When we talk about natural food, there are two main foods for hummingbirds, the first one is nectar from the flowers, and the second one is insects. Especially in the spring season, when a lot of insects are available, the Hummingbirds gain a lot of energy from them for rapid growth.

Weather conditions also affect Hummingbirds migration. When the weather is not good and massive storm or rain in their way, their migration can be delayed by one or more days, depending upon the weather. Fall and spring bad weather can affect differently to the Hummingbirds. Maybe in the fall bad weather, the hummingbird Waite for good weather by staying in the safe location for a week or more, but in spring, the Hummingbirds may catch in bird’s fallout.

Age can also affect Hummingbirds migration. The mature Hummingbirds usually start their migration early as compared to others. But the young Hummingbirds are not as strong as mature, so they take some time to build their energy.

Migration time somehow depends upon the distance as well. When the birds need to cover a long distance, they start their journey earlier. The Hummingbird starts their fall migration at the start of July as compared to other species that start their journey in august.

There are around 300 different species of Hummingbirds, but when we talk about North America, the main species are Rufous, Anna’s, Black-chinned, and Ruby-throated. But these areas can be varying depending upon different factors like weather conditions and other factors, as discussed above. But it is observed that some species are frequently found in the same areas throughout their life span. Let’s talk about some common species in North America.

The most common breeding locations for Calliope Hummingbirds are high elevations like a mountain of the Northwestern United States and Canada into Alaska.  When we talk about their summer and spring migration, they found in Arizona, New Mexico, and Northern Mexico. During the winter season, they found in Southwestern Mexico, Guatemala, and Belize.

The Broad-Tailed Hummingbirds migrate to North America during the spring season. Males reach Southern Arizona in February and Northern Arizona in early April, Colorado, in late April or early May.

After breeding, the Broad-Hummingbirds move to the south in the winter season.

Hummingbird Migration depending upon the season

Hummingbirds travel different areas of North America and southern America depending upon the season. Let’s see the different season Migration of Hummingbirds.

During the winter Migration, many Hummingbirds can be found on the feeders of South Texas and South Louisiana. There are several species like Ruby-throat, Rufous, Black-chinned, Buff-Bellied, Calliope, Broad-Tailed, Broad-Billed, and Anna’s found in winter. Some species of Hummingbirds stay in the warmer regions of the United States for around a year.

When you see the Hummingbirds in your area, try to observe them and report accordingly so an exact map of their migration can be made. Hummingbird usually travels in the morning and evening, but when the distance is large, they travel the whole day. You can observe the following things to judge the stage of the Hummingbird Migration Period.

Try to observe the color; usually, the brightest color Hummingbirds are male. The male Hummingbirds start their migration first. If you see males in your areas, it means it’s the start of Hummingbird Migration.

How to Help the Migrating Hummingbirds?

You can make artificial shelters or provide them the nesting material so the Hummingbirds can easily make their nests.

1. When should the feeders are taken down?

Don’t down your feeders quickly, may some migrating Hummingbirds are late and in search of some stop-over meal. We recommend using the feeder till the autumn. When you think all the Hummingbirds are migrated, still put your Hummingbird feeder up for two weeks.

2. How much distance can a Hummingbird cover in a day?

3. Do the Hummingbirds die from the dirty feeders?

4. What happens if the Hummingbirds stop flying?

5. Where did Hummingbirds go at night?

The Hummingbirds travel the whole day during the migration, and they need some rest on nights. For testing purposes, they found a tree and latch on to a tree branch with their small feet and go to sleep. 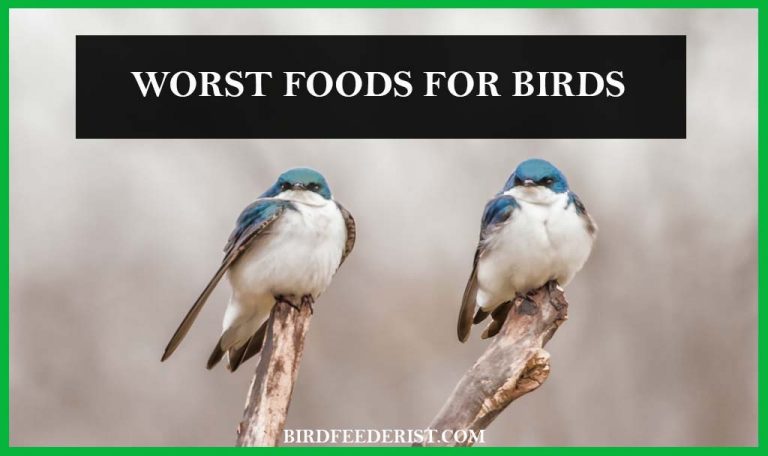 People always want different types of birds in their gardens to increase the beauty of their garden. To attract the different species of the bird’s people uses different kinds of foods. But people need to know that each type of food is not suitable for the bird’s health. Some foods can be responsible for the… 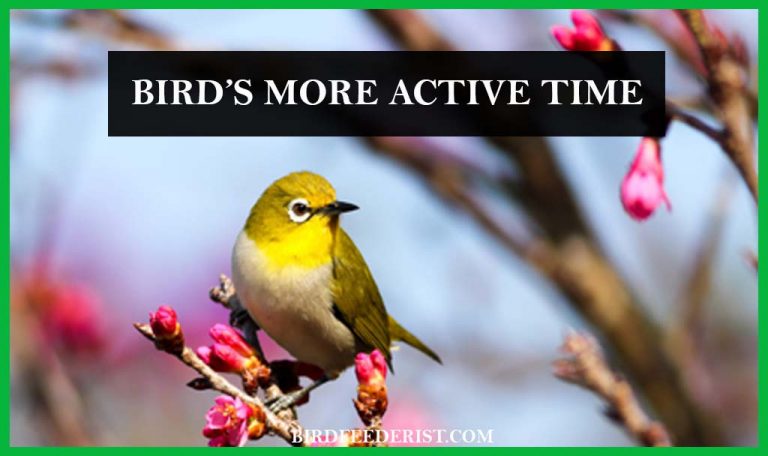 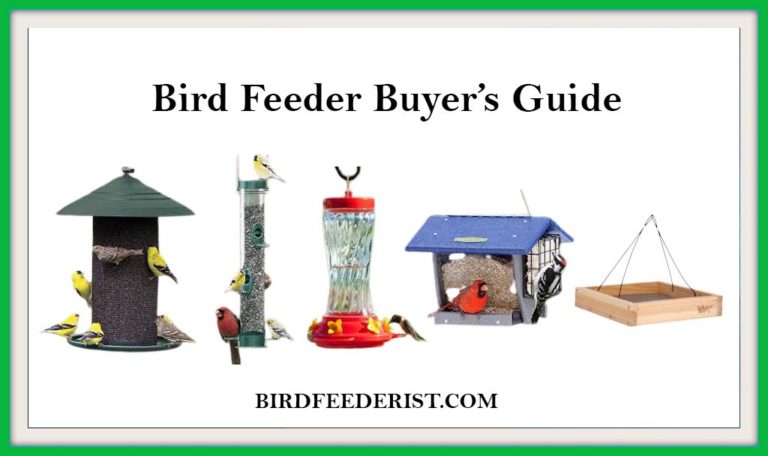 Feeding the backyard birds is great fun for many families as it entertains them and increases their garden’s beauty. Bird feeders are one of the best ways of feeding the birds in the garden. But you can’t simply go for any feeder as the birds have their own preferences for the feeder and food as… 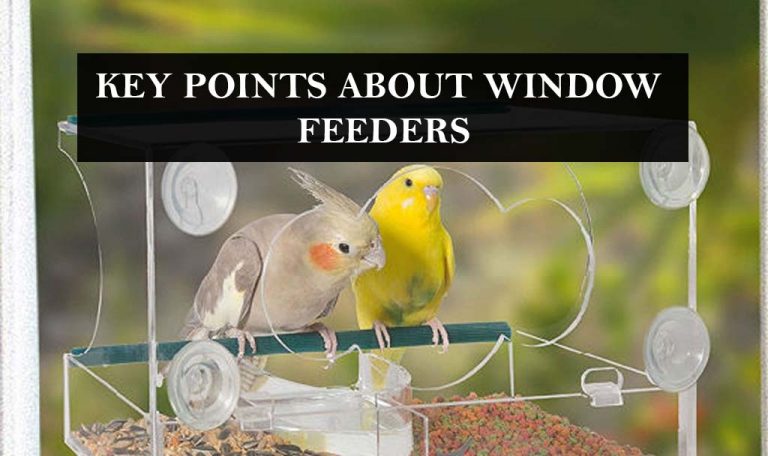 Window feeders are essential devices to enjoy the birds from small distances. You can easily observe the birds without disturbing them. But every rough window is not attractive for the birds. You need to take some special care while attracting the birds using window bird feeders. Because in some cases, windows have also become very… 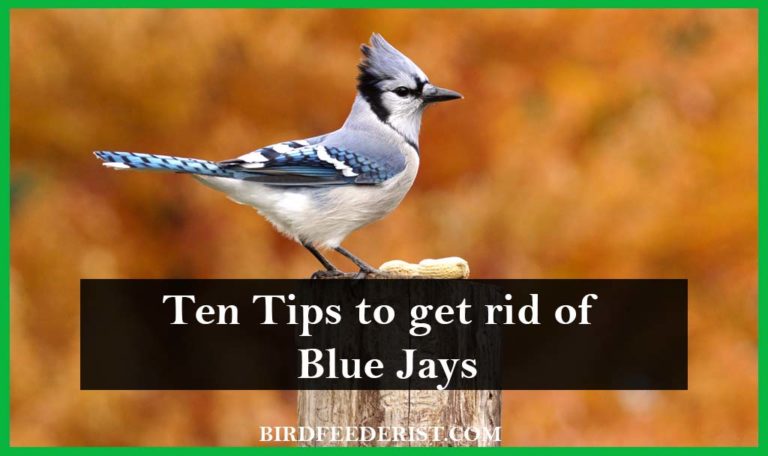 The blue jay is a native bird of North America and mostly lives in the eastern and central United States. They are migratory birds and are also found in Canada and Newfoundland. These beautiful birds have a blue and white main color and increase the beauty of any garden. Many people love to attract the… 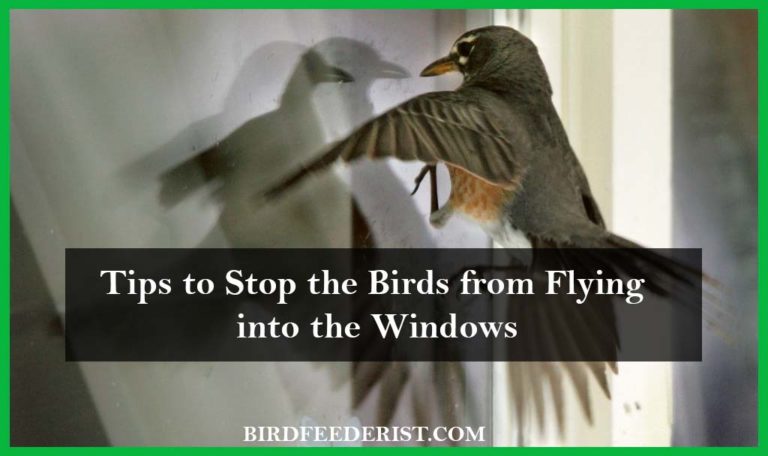 According to the federal scientist’s record, almost 365 to 988 million birds are killed each year in the United States due to building collisions. In the daylight, birds see the reflection of vegetation and other attractive things in the window and crash into the windows. While at night, usually, the migrants crash into the lighted…