Falcons are birds of prey and are widely distributed in all the continents except Antarctica. Falcons are known for their incredible speed and hunting abilities. Peregrine Falcon has the fastest speeds on the planet when it’s diving for prey. The recorded speed of the peregrine Falcon during the prey is up to 200mph.

The 8 types of Falcons in the United States

The 8 mostly found Falcons of the United States can be seen in different parts of America. They also migrate in different areas depending upon the season. Let’s know more about them in detail. 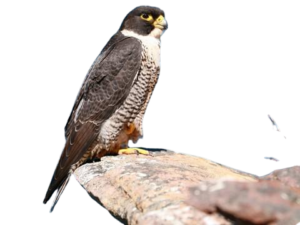 Peregrine Falcon is one of those species of Falcons which can be found all over the world. You can easily locate this Falcon all over the United States. They have a habit of making the nest on tall buildings, so you can easily locate them in the cities as well. They become local celebrities due to their nesting habits.  You can differentiate the individuals and sexes with a little bit of color difference. The male and females both have a slate grey/bluish-black back with faint barring. There are some dark lines on the chest with white to tan color. The size of the female Falcons is usually larger than the males.

This is the smallest Falcon in the United States, which has only the size of an American Robin. But it’s an accomplished hunter like the other Falcons irrespective of its size. It is also known as Sparrow Hawn in the United States. This name is given to it due to its sparrow and other birds of that size hunting skills. It can take these size birds right out of the air. These are also very common to see all over the United States. Their diet includes insects, invertebrates, small rodents, and other birds. They can easily be found from central Alaska down to the southernmost tip of South America.

Males and Females American Kestrels look completely different as compared to the other Falcons. The males have quite a blue and grey wing area with white bellies and black barring flanks. The back of the males is rust-colored with brown barring. The female American kestrel has rusty-colored backs and wings with brown barring. Their bellies are tan with brown streaks. The male and female have interchangeable sexes. They are very friendly with humans sometimes use human-made boxes to raise their young. You can easily found in many habitats of America. Their numbers have been gradually decreasing in America, so make sure to give them the help you can.

This is another smaller species of falcons in the United States, which is a little bit uncommon as compared to the above falcon species. Their size is a little larger than the American kestrel. They have a stockier build, sharply pointed wings, and medium-length tails. The male Merlin’s back and wings are streaky black to silver-grey with a light color chest. Usually, the females are lighter than the males, with brown-grey to dark brown on the back. The colors of the male and female merlin change depending upon their range.

You can find a Merlin everywhere in North America, and many of the Merlin travel to the south when the weather gets cold. There are only a few places in the United States where you can see the Merlin the whole year. Their wingbeats are very rapid and can be identified by these beats. Sometimes Merlin is seen to attack the cars and trains that are entering their territories. These birds produce a sound like “Klee-Klee” when they are showing aggression. The wide variety of merlin foods includes smaller birds, dragonflies, moths, bats, voles, and reptiles. The smaller bird prey list of the Merlin includes the Sparrows, sandpipers, larks, pipits, and even the pigeons. Like many other falcons, Merlin also doesn’t build their nests and uses the nests of other birds. 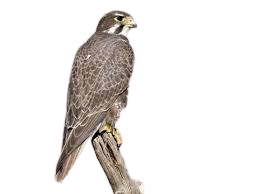 Prairie Falcons are usually found in the openness of the west. The most favorite habitat of the Prairie falcon is the grasslands, shrubby deserts, farm fields, and pastures. You can’t locate them if too many trees are around. The Prairie Falcon is a lighter bird and requires less food as compared to the similar-looking peregrine falcons. You can find this bird in the western half of the United States and some parts of Canada and Mexico. These birds are usually observed to create a “Kik-Kik-Kik-Kik” sound when they are defending their territories.

They love to eat anything which they can easily catch depending upon the season. For example, during the summer, they eat small mammals like ground squirrels, etc. During the winter season, they beat the other birds like Horned Larks, Western Meadowlarks. They have a segmented appearance like a turtle shell with a pale brown back. They have a white chest, dark brown stripes, plain white neck, and a lighter color tail. 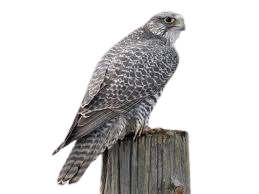 Gyrfalcons like to eat everything they can catch. The list of their food includes the hares, ground squirrels, young arctic foxes, lemmings, songbirds, shorebirds, seabirds, waterfowl, and even the raptors like owls, hawks, and peregrine falcons. They usually produce a “kak-kak-kak” sound.

Aplomado Falcon is very beautiful due to its colors. This is the species of falcons that are in danger nowadays. The main problem of this is the degradation of their natural habitat. They only rely upon the grasslands. Luckily around 1500, Aplomado falcons are reintroduced in the southwest, and these individuals are now breeding and expanding. But there is a need to do more work to help these birds. They love to catch the sparrows and doves for breakfast. Usually, the Aplomado falcons hunt in pairs. They produce the sounds like “Kek-Kek-Kek-Kek” in a chain.

They like to raise their young’s in multiple locations like tall yucca trees, power pole cross beams, or even right on the dirt. Moreover, They don’t build their own nests and choose the unoccupied nest of the crows, jays, hawks, ravens, or magpies.

The Aplomado Falcon varies in length from 14 to 18 inches with 6 to 14oz weight. The wingspan of the Aplomado falcons is 30 to 36 inches.

The body length of these falcons is around 12.2 inches with a 5.8oz weight. The wingspan of the Cuban American kestrel falcon is 24 inches. 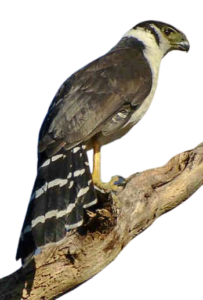 The collared forest falcon is a common inhabitant of rainforests in Latin America. They like to hide in the dense forest canopy. Their favorite nesting place is the cavities of Spanish cedar trees. They have dark color back with white on the neck and breast. Usually, the females are bigger than the males. They love to eat birds, mammals, lizards, snakes, and insects. 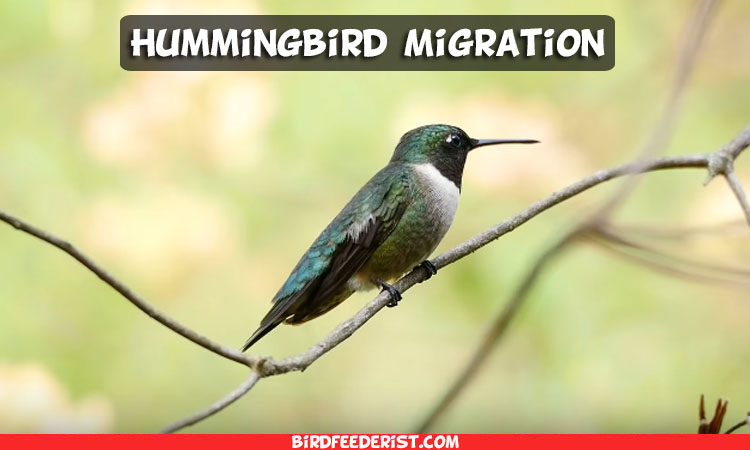 Many people are not happy with their blur images. Especially when we talk about the birds, the sharper images are vital to maximizing the beauty of the bird images. These people don’t need to worry about it because there are a lot of ways that can help you to get sharper bird images. Table of… 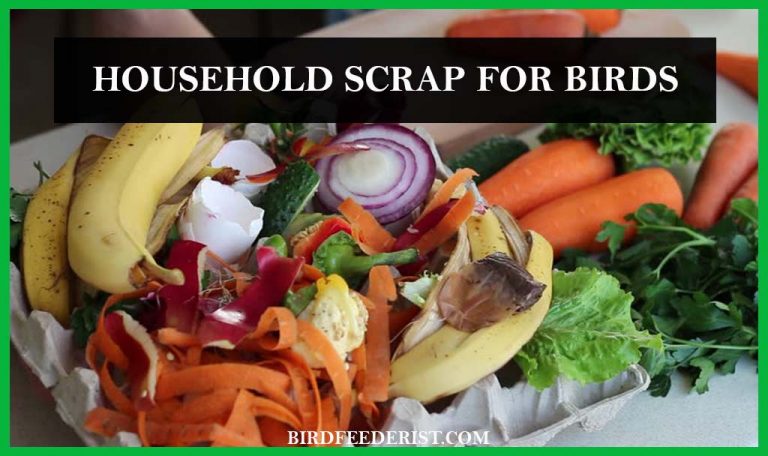 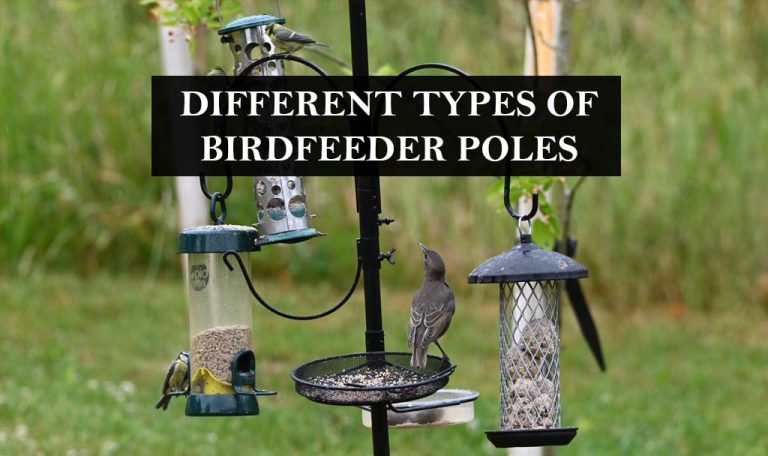 There are different types of bird feeder pole systems which have different designs and material depending upon their price. Many poles system have their own bird feeder system as well, which is a perfect combination to attract the maximum birds and repel the unwanted audiences. These poles can include squirrels’ baffles and raccoon baffles, depending…

A window bird feeder is one of the best devices for bird lovers. It helps people to observe the birds from shorter distances. It is the one main reason that the popularity of window bird feeders is increasing every day. Moreover, you don’t need to go outside to look after these bird feeders; you can…